Some numbers on a large search

Most searches are short; someone goes missing and we head out and find them, someone calls on a cell phone and we guide them in, or we do a medical response. We divide searches into operational periods, a fancy term for an 8 hour block that is the useful waking period of an average searcher. Most searches are over in the first operational period, some extend into the second. And some go much longer. 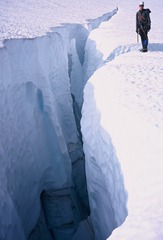 Every year there are one or two searches that become huge. This year we had two: the Tyler Wright search, and the search in the Cayoosh area, both of which resulted in the subjects of the search not being found. After the first operational period, the primary team usually activates “mutual aid” which is a fancy term for calling teams from other areas to assist.

In B.C., each SAR team can have from 20 to 50 members, and there are about 45 teams responsible for various areas of the province. When a task occurs approximately 1/3 of our team can be counted on to show up. Under normal circumstances, any team can handle the first operational period, and sometimes the second themselves. All teams can call on members of any other team in the province if the search becomes big, and they need more resources.

Because B.C. has a province-wide agency responsible for administering SAR (PEP), and an agreed-upon standard training regimen, for a huge search members can be brought in from almost any area of the province to assist. In my time as a volunteer I’ve attended searches in Prince George, Alexis Creek, Comox, the entire Sea-to-Sky, every area of the Lower Mainland, and even Washington State on three occasions.

In any case, this year’s largest search, the one for Tyler Wright, was huge, the biggest in recent history (but by no means the largest in BC history, as some SAR members have been saying). Every day for over 12 days in a row between 20 and 40 members attended the Squamish base, and spent between 4-8 hours in the field. However, when tracking the time a volunteer is on a search, we track the time when they sign in to the search and are available for tasks.

The the total numbers are in for our team, which was just one of perhaps 15 teams involved in the search:

That’s 17 days in which our team fielded members; this includes all volunteer hours such as SAR management, and the task debrief on the 16th of September. 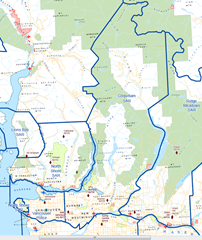 This search was almost entirely within Coquitlam SAR’s search area. Because of how the lost person was reported, Squamish SAR became the lead agency early in the search, but because of the size of the search area (over 500 square kilometers), Coquitlam created a secondary command post at Grant Narrows for most of the main part of the search, and took charge of all the terrain south of Debeck Pass – meaning that many other teams will not have numbers this high.

Note that in BC all SAR volunteers are unpaid; there are costs associated with this task, but I will write about that in another post.