SAR Teams in BC 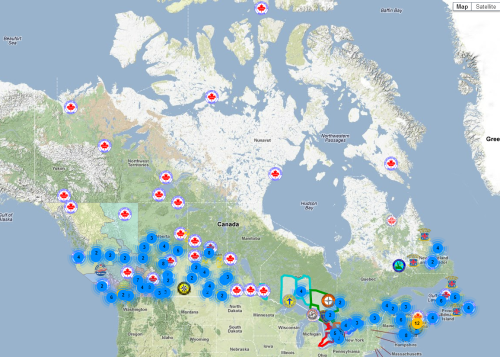 BCSARA Maintains a much better list of the SAR teams in BC. I am deprecating this list in favour of theirs, and the SAR Map of BC. I will be maintaining the SAR Map of Canada also.

It always seems to me that SAR teams outside of the Lower Mainland of BC don’t get enough attention. The reasons for this escape me, since some of the most rugged terrain and most incredible rescues happen out there. I get to hear about them since I’m part of the community, but if it’s outside of Metro Vancouver, most news agencies just aren’t interested.

To give credit where it’s due, teams in the Lower Mainland and the Sea-To-Sky have huge call volumes, mostly due to the large populations we serve, and we also pull off our fair share of challenging rescues. However, this is a huge province, and the kinds of rescue we do here are different than elsewhere in BC.

If you’d like a taste of what the rest of BC is doing, take a look at the PEP incident Summaries. Not a week goes by without teams from all over BC responding to tasks big and small. Unfortunately you can’t subscribe to them as tweets or as RSS because they’re in PDF format.

I’ve started to build a list of links to SAR resources and agencies in BC, including a list of all of the SAR teams in BC with links to the web pages. Feel free to contact me with any suggestions or corrections to the list. Take some time and check out what the SAR team in your corner of the province is up to.

0 Comments on “SAR Teams in BC”