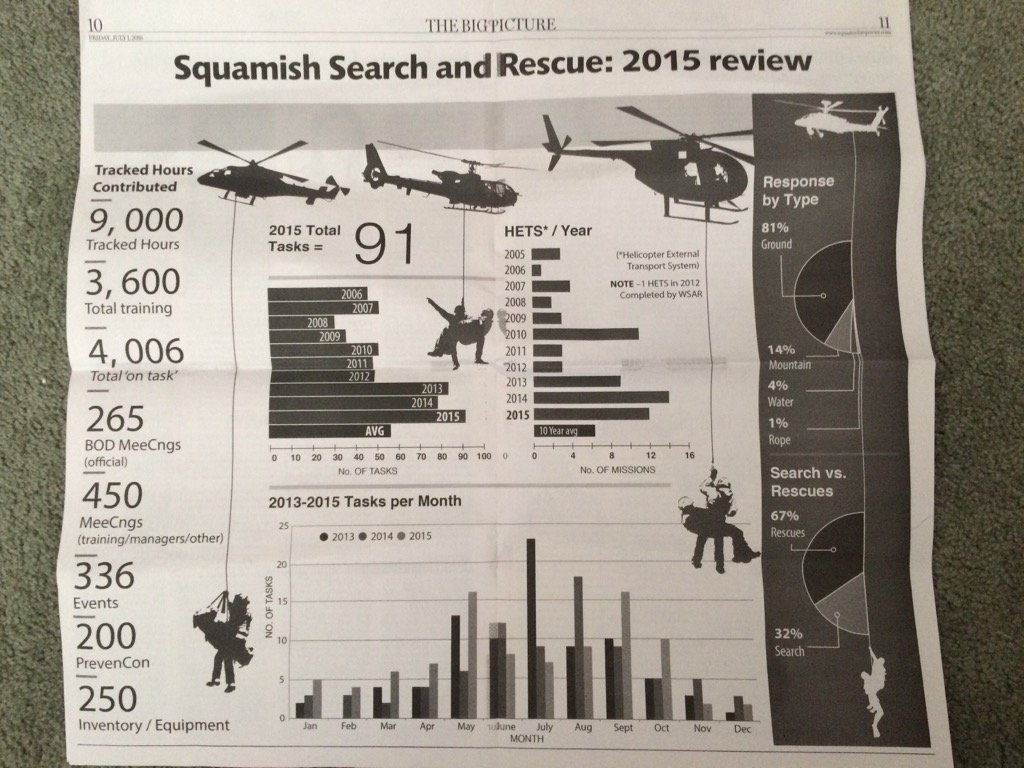 Oddly enough the reporter had trouble understanding this. I used as an example how media report on SAR incidents here in British Columbia.

If you are a member of the public in BC your picture of Search and Rescue is probably very skewed. Aside from your local newspaper, BC television news is dominated by Global, CTV, and CBC News with few local newscasts. Radio is also dominated by CBC, News 1130 and CKNW. Newspapers like the Vancouver Sun and the Province have the largest reach. With few exceptions, the largest media outlets with the most readers, listeners and viewers, report on SAR incidents that take place within about 15km from downtown Vancouver. My own SAR team is within that radius. 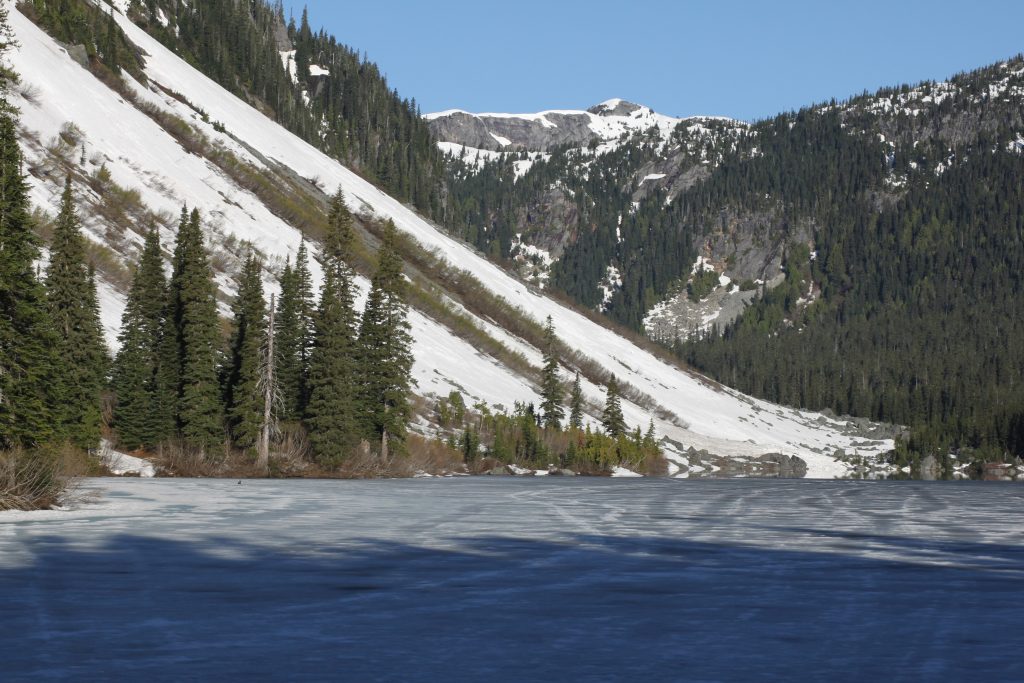 In short, how the media reports on SAR matters, and not just for the individual SAR groups — it matters for us all.

Anecdotally, I’ve observed some incredibly odd reporting over the years. In one recent case we carried out a rescue of a person with a life threatening injury, using helicopters, mountain rescue, and other pre-hospital care techniques and got zero media coverage. In another case a single missing hiker resulted in 4 TV trucks, and I got phone calls from up to 6 reporters from radio, print and web publications.

Meanwhile, over drinks at SARScene my friends at Prince George SAR told me a tale about a rescue they did in 2009 that could be torn from a plot of a TV movie – a caver trapped underground, an all night rescue, over 100 rescuers, a grave injury, the Canadian Forces showing up – everything. And not a single report on any of the major networks. If you’re interested read about it in the local Prince George newspaper. They did it again in 2010.

On this blog, and over on Facebook and Twitter I am a tireless supporter of SAR in BC. I heavily promote, whenever possible, the activities of SAR groups beyond the 15km zone around Vancouver. I do it because it’s important, and it makes a difference –not just for me, but for all SAR members in BC.

The public need to know what SAR is about, and you volunteers deserve some attention for the jobs you do.

I’d like to encourage any SAR groups out there to engage as much as possible with the local media. They are there to get the word out. They can help you, and engaging performs a valuable public service – informing the public, teaching them about what you do, and how SAR in BC works. Keep up the good work, and work together.

2 Comments on “Why media engagement matters”