Take a look at the current avalanche bulletin for the North Shore.

Note: in these articles I usually link to a specific avalanche bulletin that I am writing comments on. For the most recent bulleting you can always go to http://www.avalanche.ca/cac/bulletins/latest. Meanwhile, there is an updated avalanche bulletin, and updates at the end of this article.

The past two weeks have seen the formation of a very thick ice crust throughout southwest BC, and in particular the low elevation peaks of the North Shore mountains, including the Howe Sound area and Eagle Ridge and Burke Mountain. Rain has fallen to the tops of all of the local mountains. Two well publicized accidents, one of them a fatality have happened.

The weather forecast is calling for quite a bit of snow, but with a fluctuating freezing level approaching 1300m, with up to 30cm of snow a day being predicted, along with moderate to strong southwest winds.

Predictably, the avalanche forecast is currently at Considerable, and will be High both Saturday and Sunday. 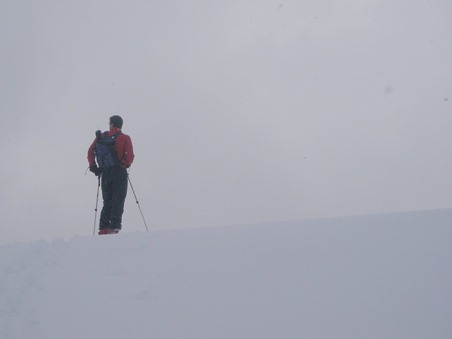 There are three things to highlight for this coming storm cycle.

The first is that there is an especially thick and hard ice layer on the surface. Usually snow falling at a rate slower than 2 cm/hour tends to stabilize. However, with this hard surface the bond between the new snow and the ice layer is likely to be very “touchy”, especially in the lee of any feature where snow will build up (drift) quicker.

The second is the fluctuating freezing levels. This could bring freezing rain on top of snow, or mixed rain and snowfall. Rain adds weight to the snowpack, but not strength initially – this is known as rapid loading. This combined with the wind loading has the potential to create some very dense slabs.

A final concern is the possibility of a small avalanche sweeping you off your feet – not the sexy huge avalanche that buries you, but the tiny one that’s not even memorable. We’ve seen on the North Shore falling is usually more of a problem than being buried, and hitting trees is what causes injury and death. There’s a lot of terrain near the three local ski hills that is adjacent to cliffs and gullies, and a small avalanche could be tragic in this situation.

If we get anywhere near the forecasted amounts of snow, be especially careful in areas where cornices could build up – the top of Hollyburn, near Suicide Bluffs and DePencier Bluffs on Seymour, and anywhere near Dam Mountain on Grouse. A cornice can “rip back” quite a way from the lip, so even if you think you’re standing on solid ground, if the cornice gives way you could be caught.

Note that the bulletins for Whistler and the South Coast have similar dangers highlighted. Play it safe this weekend.

Friday afternoon’s bulletin lists the hazard as high for Saturday, Sunday and Monday for the North Shore, and the South Coast bulletin is similar. To be very clear, looking at the language on the North American Avalanche Danger Scale, high means that “natural and human triggered avalanches are certain.” This means that the forecaster believes that avalanche will be occurring naturally, and that it will be easy for an individual to trigger an avalanche.

Looking closer at the North Shore bulletin, we see that the freezing level is predicted to go as high as 1400m, meaning heavy wet snow or rain to the summit of Mount Seymour. The freezing level will then drop, bringing more snow. Snow is forecast to be heaviest on Saturday and Monday, meaning that there appears to be a lull in the weather for Sunday; this will be the most tempting day for backcountry travel this weekend, but I would not recommend it.