At around 22:00 on Monday night the team was paged by Coquitlam RCMP to search for a hiker reported overdue on Eagle Ridge. This was my first search as a SAR manager in training, so I was privy to the flurry of pager messages that only the manager receive – the ones from the RCMP, and between managers as they sort out who will take the call.

On interesting piece of information that came from the pages was that the hiker’s last known position (LKP) was at Hemlock Pass. 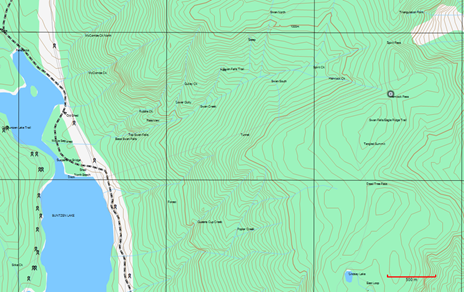 It appears that the hiker had noticed he was not making progress as fast as he would have liked (many travelers over estimate their speed in snow), and was having trouble finding the trail (trail markers are often buried in the winter). He had called his parents/relatives to let them know his location. However, he either did not report what direction he was traveling, or for some reason this was not reported to the team.

Hemlock pass is approximately 1140m, and Eagle Ridge from the Swan Falls side approaches 1200m at more than one point. Compared to Mount Seymour (about 1450m) it’s lower, but unlike Seymour it doesn’t have a road going to 1000m. Also, this area of Eagle Ridge is very steep on all sides, and has a series of rocky summit areas with cliffs. Team members would be facing a 2-3 hour hike to reach the summit of the ridge, and another hour or more to reach Hemlock Pass, depending on the approach. Since the subject had not left a direction of travel, teams would have to climb both the Halvor Lunden trail and the Swan Falls trail to get to the area.

Based on the previous week’s accident, and the fatality on the weekend, we had some concerns that the subject of this search was injured or incapacitated in some way. Underlying this concern was the thick ice crust present throughout the area, and the possible 5-10 cm of new snow poorly bonded to this crust. These conditions could make travel extremely difficult in this area. The weather forecast indicated a 40% probability of precipitation (POP), which meant that helicopter access for the morning was not a sure thing. 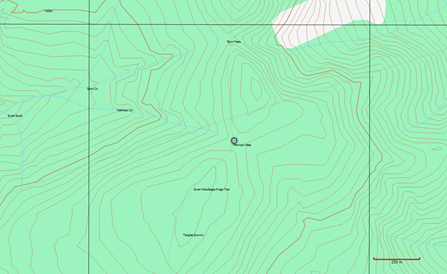 Thankfully, the subject emerged from the trail system as the team was mustering, and the search was “stood down.”

Two points to learn from this search

My only comment for the subject is that the standard in winter travel is to have at least one partner, and that a solo trip in light of the recent accidents on the North Shore was not advisable.