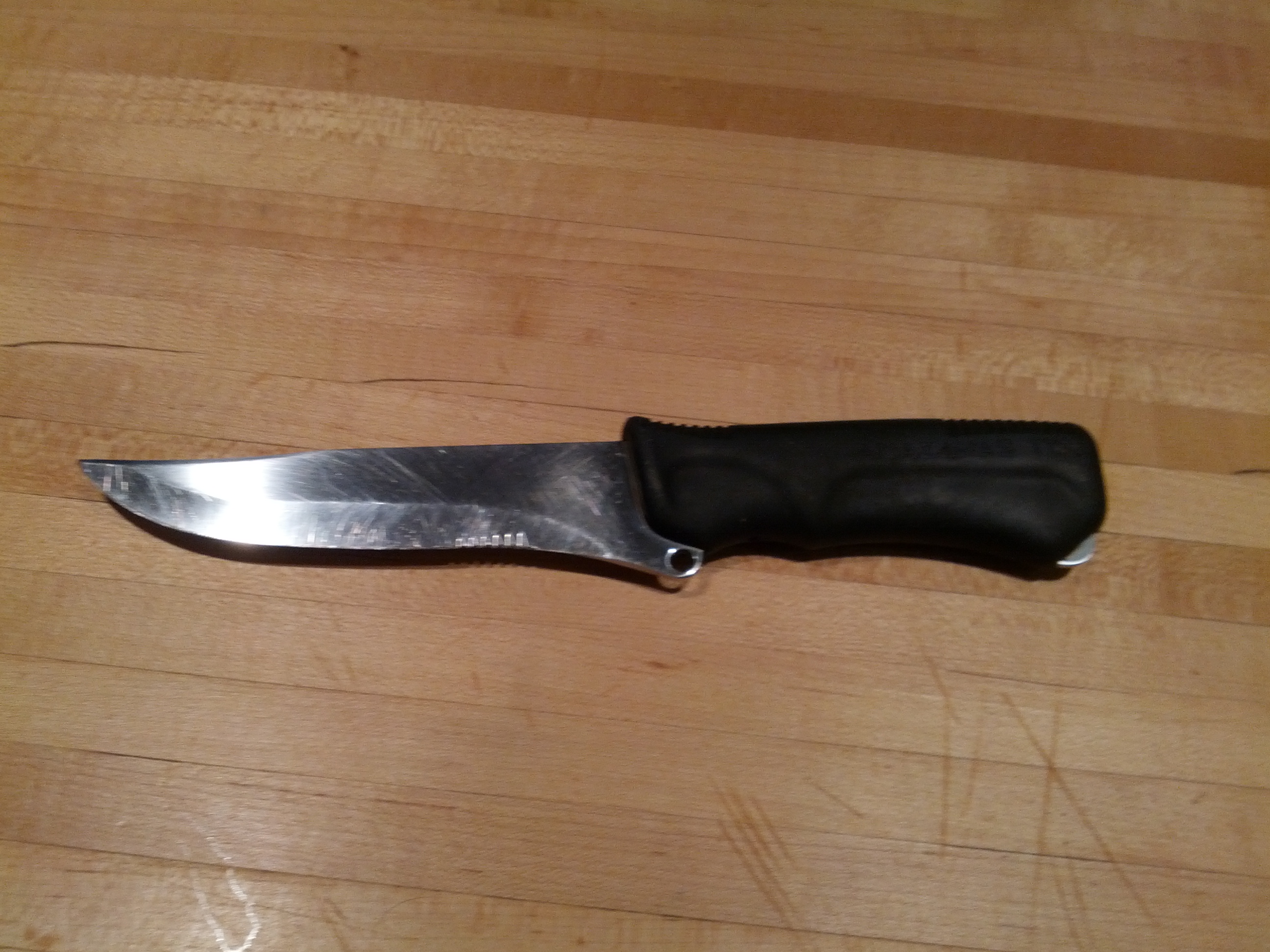 Round about 1994 I took a summer off and cycled across Canada, and it was awesome. To be honest, my girlfriend (at the time) and I hadn’t actually planned the trip, but the difference between a week long bike trip and a 4 month long one is very small in terms of the equipment you need to bring.

So we hopped on the bikes, and after a false start, and almost quitting in the Okanagan (really, don’t go that way), we were committed.

Round about the half-way point (Kenora, for those interested), I got sick and tired of picking cheese and peanut butter bits out of my swiss army knife, and after one too many times almost slicing my thumb open while cutting a bagel, I bought myself a big, ugly, cheap hunting knife from a roadside hunting guide/outfitter.

I took that knife and slipped it under the bungee cords holding the tent to my front rack where it was handy. I remember my girlfriend wondering why on earth we would need such a thing, but the knife quickly proved it’s worth. We used that thing to cut cheese, bagels and small kindling, spread peanut butter, jam and honey. We stirred pots of pasta, dug small trenches around the tent in a rainstorm, and even once used it as a tent peg.

And it made me feel like I had just a tiny bit better chance fending off wildlife (human and otherwise).

I still use it around the house.