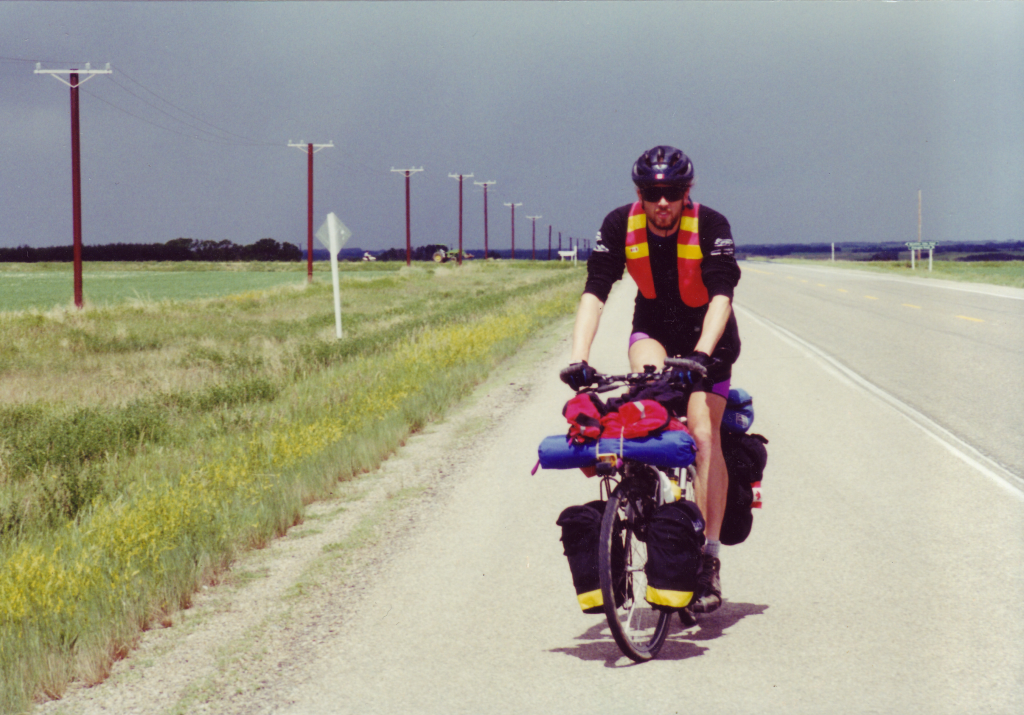 I love this place in an entirely irrational way.

Two decades ago this year I cycled across Canada, and spent Canada Day in Kenora, Ontario, as near to the half way point as anyone could care to be on a number of scales.

My friend Chris was a bush pilot there. Seriously, couldn’t get more Canadian, mac jacket and all. He took my girlfriend and I up for a flight in a DeHavilland Beaver. We watched a grunge band from Winnipeg, and an Elvis impersonator. We sat on the wing of an Otter and watched the fireworks. We went down to the big pub at the hotel, and watched Lawrence Gowan play to a packed house of 150 people.

That summer was magical.

It was the lead up to the referendum in Quebec, and everyone was talking about what it meant to be a Canadian. What was our national identity. People ended up calling their friends and random strangers in Quebec and begging them to keep Canada together.

I had originally planned to ride to Alaska, then I met this girl and she was also planning a big ride for the summer. We got to talking about it and decided “Why not take the entire summer and just keep riding?” Seemed doable.

We didn’t even plan it. Just packed up some stuff, pots and pans, white gas MSR Whisperlite stove, thermarests, a kick-ass Moss Tent that I regret not keeping. Whatever clothing we had. We set out, and just kept going.

British Columbia. The Okanagan where we almost quit the ride and went home. Meeting my blood family for the first time in Revelstoke. Aunt Marnie, my birth mother’s sister, her husband Don and my cousins. Snow in Rodgers Pass. The Golden Rim Motor Inn, and humming The Tragically Hip songs for days. Staying at a cabin my uncle left unlocked. Staying at provincial campgrounds that weren’t open for the season yet. 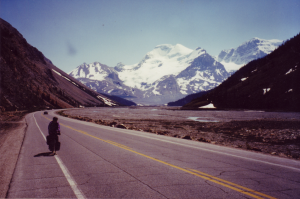 Alberta. Riding the Icefields Parkway. Learning that bears at the side of the road are much scarier when you’re not in a car. Meeting my girlfriend’s family. The Yellowhead Highway. Trying to understand Albertans. Just beginning to realize the size of this place. 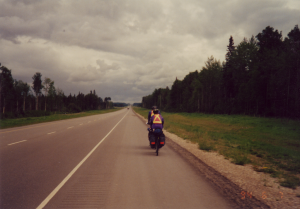 Saskatchewan. Witnessing the first Stanley Cup Riot on TV, by chance in a small motel in Lloydminster on the 110th meridian, one of only two times we rented rooms to get out of the weather in an unseasonably cold and rainy spring. Watching my city tear itself apart, and dying inside a little at the stupidity. 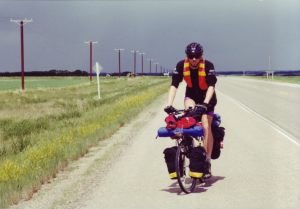 Manitoba. Portage la Prairie, and back on the Trans Canada Highway finally. Riding past where Neil Young grew up, and Randy Bachman’s birth place in just a few minutes. Seeing Winnipeg in the summer, and finally understanding why people love it there. 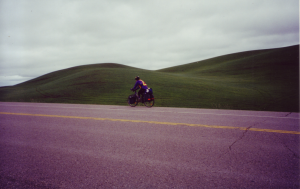 Ontario. Marking the half-way point on Canada Day, then spending another four weeks cycling across it. Unreasonably big. Witnessing the Canadian Shield. The Terry Fox Memorial, where I cry. Trying to comprehend the variety of blood sucking bugs that exist. Sleeping in some guy’s shed in Timmins. 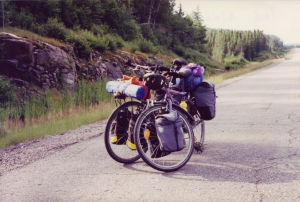 Quebec. Northern Quebec, from Timmins to Rouyn-Noranda. Nobody speaks English here. Straining our high school French. Trying to buy white gas, finally learning that they call it “Coleman Fuel” just like it says on the English side of the can. Finally realizing that Quebec is already it’s own country, and nothing will ever change that.

Crossing into Ottawa and staying with a high school friend. Camping on a dead end road on the banks of the St Lawrence River, with the water 10 feet from our tent. Back and forth across the river on car ferries that are free for pedestrians and bikes. The historic cities of Montreal, where we take the metro with fully loaded bikes, and Quebec City where we stay in a dorm at the oldest university in Canada. Gaspé, one of my favourite parts of the ride, an entirely different country than Northern Quebec. Eating corn raw at a roadside stand. Sleeping in a farmhouse built before confederation. 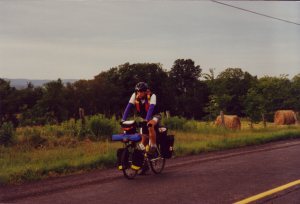 New Brunswick, PEI and Nova Scotia, so small! So fast to ride through after the enormous planet-like provinces. So friendly, with people inviting us to stay at their homes more often than anywhere else in Canada. The steepest hills we’ve ridden. Cavendish, red sand, and eating potatoes that literally fell off a potato truck. Renting a car to drive the Cabot Trail. Not the same as cycling it! Reading the stone writing on gravestones, death from the great wars, and the flu pandemic that killed more people than either. 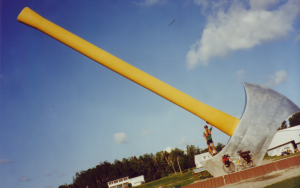 Newfoundland. Running out of time and money. Two days to get there – arrive at the ferry terminal and stay overnight for a 6AM departure, sixteen hours on the boat puts us in Argentia at 10PM, so we camp the second night there. We’re sad now that the trip is almost over, and we don’t have the time to ride the 800 short kilometres across this amazing province. Visiting Cape Spear and realizing that I’m closer to where my mother was born than to where she’s living now. Incredibly sad on the way home. 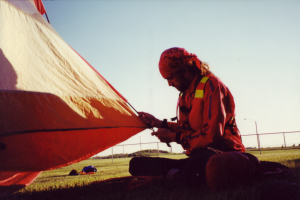 Do I know my country? Do I understand it? No, of course not, who can know a place like this?

I know that Canada is 10 small countries, each different from the other, but sharing common values. When someone starts a conversation about national identity, I feel I have a visceral understanding of what it means to be Canadian, but that it might take the rest of my life to put it into words, so I usually keep quiet. Like many Canadians, I know who I am, and am not interested in talking too much about it. 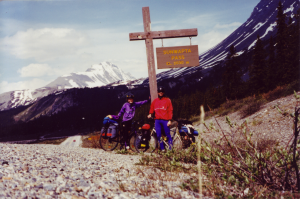 Since then I’ve driven part way across the country and back a few times. It’s not the same in a car. You don’t see the small things. You don’t feel the sun, rain, wind and snow. Without the dust in your eyes and bugs in your teeth, you’re a spectator looking out a window. You’re not immersed. You’re not at nature’s mercy.

For those thinking of this trip; get out there and do it. It won’t be the same trip as I took. Today you’ll have the internet to keep you connected, but try to connect with the people you meet. Try to find the surprises, and the unexpected places. Sit next to the truckers on Highway 17. Pay attention to the continental divide. Notice that all rivers flow into the Arctic, then Hudson’s Bay, then the Atlantic. Get lost, and find yourself.

Happy 147th birthday Canada, and all you people who live there. You don’t look a year older than when I met you.

3 Comments on “My Country”