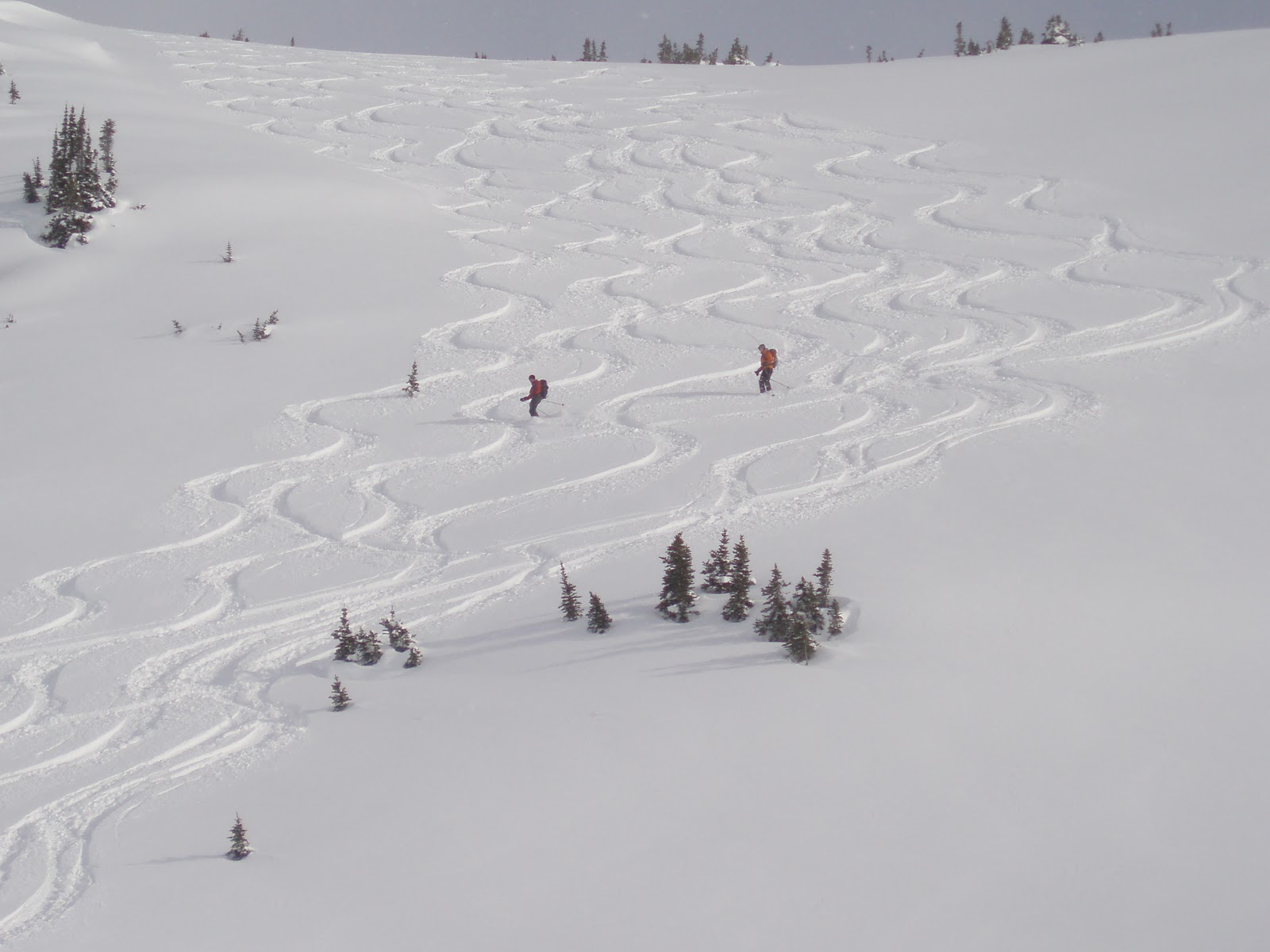 I’ve written about death in the backcountry before, and in that post I detailed a flowchart with the intent on showing how a lot of deaths unfold from a SAR perspective.
Recent accidents in the backcountry in BC have shown the other way to die; the sudden accident. Two snowmobilers died in separate accidents that were collisions, another died in an avalanche. And today a snowboarder died in a way detailed in this post: by falling head-first into the snow (whether a treewell, or other depression) and suffocating.
Regarding the snow-immersion deaths, there’s an article published in September’s Issue of the journal Wilderness and Environmental Medicine (a publication of the WMS). It seems that the author, Christopher Van Tilburg, M.D., is not the same author as the Treewell and Deep Snow Safety web site, which I criticized for some sloppy graphs. Both authors are correct, that this is a problem.
One interesting conclusion in the paper, which is a review of NARSID events (Non Avalanche Related Snow Immersion Death) and not original research, is that snowboarders don’t seem to be more at risk than skiers for this type of accident – I would have thought, based on personal experience, that a skier could kick off their skis and escape more easily than a snowboarder. In fact, one experiment reviewed in the article showed that when skiers removed their skis, they sank deeper.
The most disturbing thing in this incident is that the victim was snowboarding in a guided group – a scenario that you would think would be safer than skiing or boarding with a group of amateurs. Having been skiing with a guide, I know that it’s standard practise to have a head guide and a “tail” guide. I also know from experience that the tail guide does not always stay in the back of the group, and several times I’ve remained behind to shepherd a member of the group that was left behind.
The time it would take a guide to ski uphill to rescue someone trapped in a treewell is obviously longer than it takes to suffocate. This would also be the case for an avalanche.
The take home message is that you should always ski or board with a buddy, and never take for granted, even on a guided trip or in a resort, that the safety measures are enough. Just a few minutes upside-down in a treewell is enough to kill you. Ultimately, the best practise is to have someone nearby at all times, within sight or voice contact at the very least.
The paper I mentioned above is available for free at the author’s web site. Get it or read it quickly, it appears he may be violating the copyright by having it freely available on his site (and the WMS has erected a paywall for the article).