Beacons and Transceivers, what’s the difference 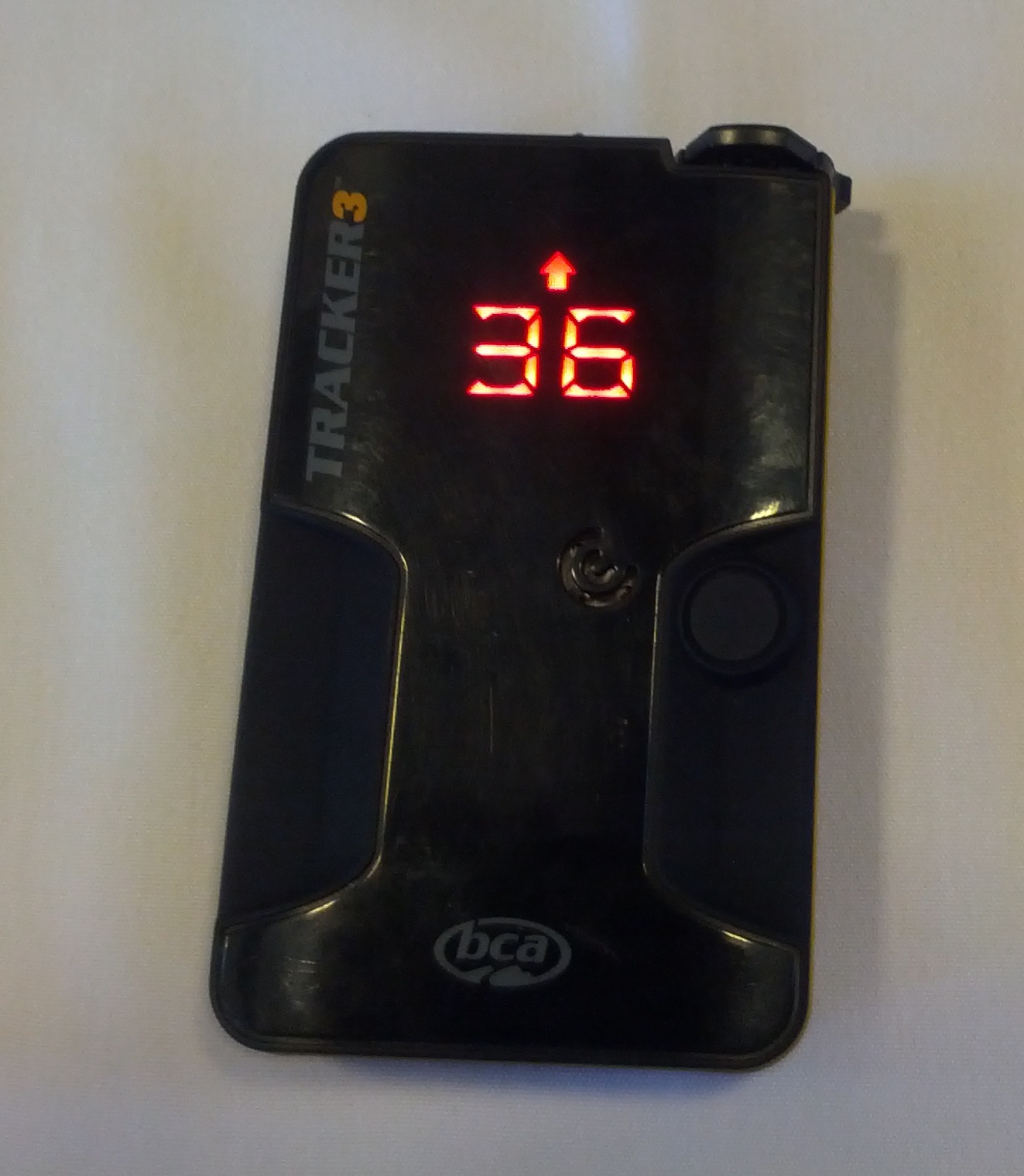 On May 4th I attended the Canadian Avalanche Association’s annual spring conference and continuing professional development seminar. This year’s topic was Avalanche Search and Rescue in Canada. There were some very informative presentations, but one piece of information stood out as worth a short article here.

Several guides and CAA professional members mentioned that while attending various trade shows they had met members of the public who were confused about the function of an avalanche transceiver, specifically they were under the impression that the transceiver reported it’s location to some sort of rescue center who would then send someone to assist them.

Clearly, people are confusing “beacons” of various sorts, the kind that report locations to satellites and request rescue, with avalanche transceivers which are also colloquially known as avalanche beacons, or sometimes just beacons.

This article is a very simple, and non-exhaustive summary of the devices that people may know as beacons. Please note that any device called a receiver probably only receives a signal (like an AM/FM radio), and a transceiver bot sends and receives. It is very important to know the frequencies involved.

The avalanche transceiver system is designed to be immediate and short range (30-90 meters). Because the transmitter has to be worn on the body, and needs to be transmitting all the time, it can’t use a lot of power or you would need to change batteries all the time. Also, a lower power signal provides better directionality at short range, allowing a searcher to pinpoint the location of a buried beacon to within a centimeter.

Some of the newer transceivers contain a secondary radio that works on the 900mHz band that can send some additional information but note that this does not constitute a standard, and at the moment is proprietary to a particular brand of avalanche transceiver.

It’s also worth mentioning, because I have also come across this misconception, that the Recco Reflector product that is sewn into clothing and embedded in some skis and boots is not an avalanche transceiver. It is a passive radio frequency reflector. It requires no batteries. It does require a specialized searching unit that sends out a pulse at a frequency tuned to the specific parameters of the reflector unit. the pulse is reflected back to the searching unit, where the operator can use the directional properties of the reflected signal to locate the clothing or gear containing the reflector – hopefully attached to a buried person.

Recco is very common in Europe, and in North American ski areas.

There are several types of distress radiobeacons which are known variously as PLB (personal locator beacon), EPIRB (Emergency Position Indicating Radio Beacon) or ELT (Emergency Locator Transmitter). These devices are radio beacons that only emit a signal, they do not receive, so are not called transceivers. The radio frequency they use is monitored by the Cospas-Sarsat satellite system, which can locate the beacon, and activate rescue. Some of the units have GPS, and some do not, but they all essentially assist in locating the subject, can call for rescue.

These beacons are different from avalanche transceivers in that they are not emitting a constant series of pulses. They are not transmitting all the time, and only use battery power when they are activated.

There are also the SPOT-type beacons. These relatively new units combine a GPS with a device that sends an SMS message through the Globalstar satellite phone system. the SMS message is specially coded to identify the unit, the location, and the type of message which can range from an OK/position update, help/SOS or a custom message. It is worth noting that the SPOT system is also one-way communication.

SPOT, like other beacons, is usually only turned on in case of an emergency, and does not normally emit a constant pulse. However, it can be configured to constantly update the user’s position. This of course would tent to run down the battery.

Finally, there is the standard Satellite phone which allows two-way voice communication with almost anyone in the world, but does not automatically provide the location.

I have also heard some people state their belief that GPS units have two-way communications. As far as I can tell no consumer GPS units have any such capability – all communications are one-way, from the satellites to the unit. That is why they are called GPS Receivers. Some GPS units may have FRS, UHF or VHF radios, cellular, WiFi, Bluetooth or other technology attached, but the basic GPS unit is merely a receiver.

It was recommended at the conference that all backcountry professionals try to use common terminology in order to avoid spreading any misconceptions about these different technologies. The recent popularity of the SPOT devices has brought locator beacon technology within the reach of the average backcountry user, so it should be clear to the sellers, buyers and trainers what each device does so there are no mistakes.

As always, the user needs to be sure they understand the capabilities of their gear before they start relying on it to get them out of a bad situation.

0 Comments on “Beacons and Transceivers, what’s the difference”