A few weeks back I did an interview with Karl Woll, writer of the blog Outdoor Vancouver. In it, Karl asked me a question about “the scariest moment I ever had,” which I answered with an example of a task where I was asked to wade in Burnaby Lake to look for a drowned canoeist.

Some people may be quizzical about why I chose this as an example of a scary moment when clearly I’ve done other things that people regard as risky. The answer comes down to the difference between hazard, risk, and consequences.

For the purposes of this conversation, hazard is something dangerous, and capable of causing harm. Hazard can be expressed as a probability of an event happening. The event may be a landslide, an earthquake, or hurricane. In the case of SAR it could be an avalanche, rock fall, or a helicopter engine failure.

Risk is the exposure to the hazard, or the likelihood of the hazard causing death and destruction. In my case, risk is the possibility of a hazard having a negative impact on my health. Without exposure, there is no risk, and without a hazard there is no exposure.

Consequences are a measure of the severity of the damage than an event may cause.

Using avalanches as an example, the avalanche hazard is determined by the Avalanche Association in the bulletin. The snow’s stability and susceptibility to avalanches is described. If you never leave your home, you are not exposed to the hazard, and so you are not at risk. The consequences of an avalanche depend on the size, and include injury, burial and possibly death. 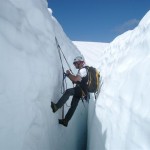 The hazard reduction strategy that most people are familiar with is the blasting the ski patrollers do in lift assisted ski areas. This and other techniques effectively remove the unstable snow, thus removing the hazard.

The issue with many so-called “extreme” sports such as rock climbing, mountaineering and extreme skiing is that viewers conflate the consequences with the risk. I’m not saying that these things are safe, because there are hazards and the participants in these pursuits are exposed to risk. However, it’s easy to be impressed with the activity merely from the consequences of failure while not necessarily understanding the actual risk.

When I’m doing a helicopter rescue I’m undertaking a certain amount of risk, but not as much as people think. What impresses people is the perception of the risk, or rather the consequences, of being dangled so far above the ground on the end of 150 feet of rope. 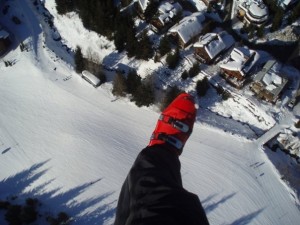 In reality almost none of the risk of this technique are from the height, the rope, or anything to do with the attachment to the helicopter. Almost all of the hazard exists in the helicopter and the pilot — the helicopter could suffer a mechanical issue that would result in a crash, or the pilot might manoeuvre the rescuer into a tree or the ground.

In the first case, the chance of a mechanical issue occurring exists for all helicopter operations whether you’re inside or outside the machine, and the actual risk is quite small. The consequences of being outside the machine are higher since you’re not protected by seat belts and the helicopter’s structure.

In the second case, the hazard is purely in the hands of the pilot, which is why a SAR team’s relationship with the helicopter operator and pilots is so close, and why the standards for the pilots is so high. 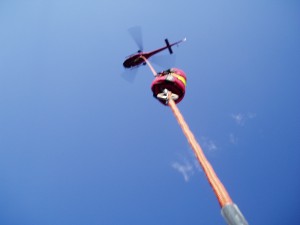 Back to the bog

Which leaves the question, why should a mundane activity like wading through Burnaby Lake be so scary?

The first reason was, unlike helicopter rescue, avalanche rescue and all of the many other modes of rescue I’ve been trained for, I’d never had to wade through deep, thick mud in search of a corpse. The unfamiliarity of the situation made me uncomfortable.

Secondly, because of the unfamiliarity I was unable to judge the level of hazard, therefore also unaware of my risk, or the consequences. How deep was the muck? Would the dry suit and PFD work, or would be be sucked under? If one of us got stuck, would the other SAR guy be able to get us unstuck?

As that search went on I found that it wasn’t as risky as it had appeared when we started, and that by using a pole, and staying within a pole’s reach of each other we were more than capable of extracting each other from the muck, as long as one person had good footing. By alternating leads we were able to progress through the much and complete the task safely.