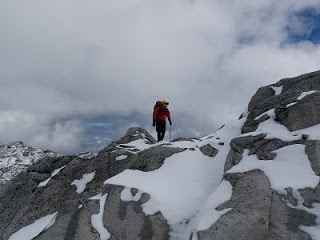 Today, the federal government of Canada introduced a tax credit for SAR volunteers. The relevant text from the budget is included in it’s entirety below (pages 229-230). Not included are details in Annex 2 (pages 321 and 322) which I will comment on below.

The following text is included under Canada’s Fair Use laws.

Economic Action Plan 2011 introduced the Volunteer Firefighters Tax Credit in recognition of the important role played by volunteer firefighters in contributing to the security and safety of Canadians. Other quiet heroes across Canada put themselves at risk in service of their communities by volunteering for ground, air and marine search and rescue groups, in support of the Canadian Coast Guard, police and other agencies. They are an integral part of the emergency response system, and provide a source of
well-organized, well-trained and well-equipped volunteers in the event of a natural disaster or large-scale emergency.

These include volunteers such as Tim Jones of British Columbia, who
died on January 19, 2014 after a 26-year career with the North Shore
Rescue Team.

Eligible search and rescue volunteers who currently receive honoraria in respect of their duties as emergency service volunteers will also be able to choose between the new tax credit and the existing tax exemption of up to $1,000 for honoraria.

Remembering Tim Jones
Tim Jones, who passed away suddenly on January 19, 2014, exemplified the dedication and commitment required of search and rescue volunteers across Canada.

As team leader for the North Shore Rescue Team, Tim Jones oversaw the busiest search and rescue team in Canada and was a recognized search and rescue leader in North America. The team itself is credited with finding thousands of individuals and saving many lives since its inception in 1965.
Tim Jones began volunteering in 1987 and, over his career as a volunteer, participated in over 1,800 search and rescue operations. Countless individuals in British Columbia and across the country are grateful for the courageous service provided by Tim Jones and other search and rescue volunteers.

This is a really nice gesture on the part of the government, and something that the BC Search and Rescue Association, The SAR Volunteer Association of Canada, and several MPs have been pushing for for many years.

Now let’s the the BC Government introduce a similar credit.

Which hours are eligible?

Which organizations are eligible?

It may require a letter from the president of your SAR group.

When does it go into effect?

It applies to the 2014 tax year. I assume you should be tracking volunteer hours as of January 1st this year. Get to it!

See my post about incentives versus recognition for context on the tax break.