On the end of the year and old and new things

Another year end approaches, and the disease of looking back over what you’ve done tempts me. But first a picture from today’s events, where the old and the new went out in the snow for a day together.

I wrapped up my SARDay project, where I wrote about every training event and task that happened in 2010-2011.

I became a SAR Manager, and managed a few searches.

I survived the first year of my son’s life.

I attended and presented at SARScene.

My team carried out a large rescue involving a PLB.

BC Had it’s first SAR Volunteer die while on a task.

Only two local accidents were caused by slip and fall on snow, one an injury, the other a fatality.

I’m going to write some more.

I’m going to release some software, expect me to start writing about this soon.

My family is buying a boat. 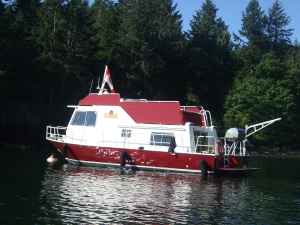 I will survive another year of my son’s life, possibly with some scars.

And finally, I hope next year is a very safe and happy year for everyone. I hope, if I ever meet you, it’s not on a rescue. And I hope 2012 is a very boring year for all SAR members.